This past offseason will probably go down as one of the greatest for the Los Angeles Lakers as a franchise. The young “Baby Lakers” were immediately thrown back into title contention with the acquisition of LeBron James. James signed a 4-year, $153.3 million deal back in July. The Lakers also added seasoned veterans with.. unique personalities to say the least. However, all this does beg the question, “where do all these moves, plus the expected leap forward for some of the Lakers young guns, put them in the already loaded Western Conference?”

As already mentioned, the Lakers added the greatest player on earth, even locking him in for the long haul. The 4-year deal gives the Lakers the next 4 seasons to have a chance at a title, something they haven’t had since 2011. With James in the fold, a team that already notched 35 wins last season are expected to eclipse 50+ wins and contend in the west. Along with James the Lakers added Lance Stephenson, Rajon Rondo, JaVale McGee, and Michael Beasley, seasoned vets who can help the younger guys evolve their game and get them ready for the next step. The three young players who will be tasked with stepping up their games are Kyle Kuzma, Brandon Ingram, and the much talked about Lonzo Ball. If those three players take the next step you can expect the Lakers to lock in the 3rd seed in the West and be a formidable foe for the Rockets in the Western Conferences Semifinals. 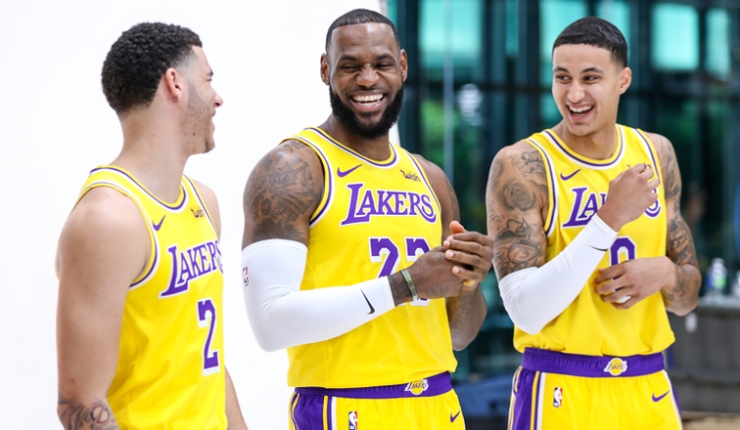 For the 2018-2019 season, I would expect the Los Angeles Lakers to be a force in the West. I wouldn’t call them the favorites to come out of the west just yet, though. The cohesion/talent that will be necessary to take down the Warriors won’t be there this season, but this team now with LeBron could easily knock off a team like the Rockets come playoff season.

Win the NBA Title?: No

Check our our shop for exclusive NBA gear!