The college football season is winding down with only a few weeks remaining, and the playoff picture is beginning to take shape. This year, there looks like there are a ton of possibilities that could still potentially take place. I want to run through some of the possible outcomes that will lead to this year’s playoff.

For most teams, destiny is in their own hands: win and you’re in. If you win out, your chances are higher of getting in, obviously. However, a few teams could possibly afford a loss and still make it (namely Alabama). In the other sense, some teams could win out, but would still need some help from other teams to get in (namely UCF). 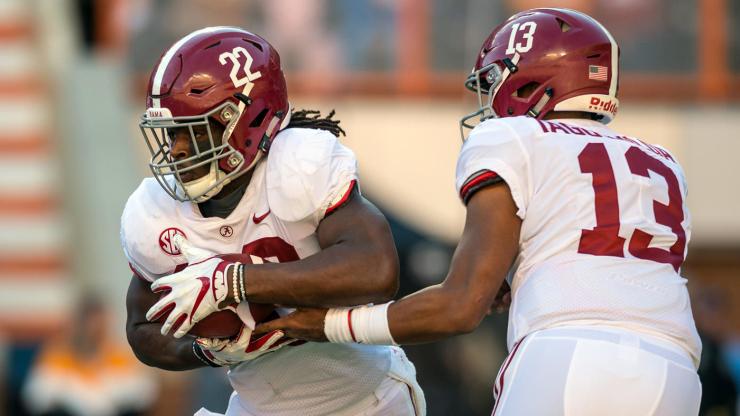 Let’s start with the top teams: Alabama, Clemson, and Notre Dame. They are the three undefeated teams at the top of the standings, and if they win out, they’re locks to make the playoffs. Alabama and Clemson both have conference championship games, so their road to the playoffs are a little bit more complicated than Notre Dame’s. Bama could potentially lose one of their next few games, and with some help from other teams, could still make the playoffs with one loss. Clemson would be a little different, since their remaining schedule isn’t as tough as some other teams. A bad loss on their resume might be enough to bump them out of the playoffs entirely. Same goes for ND, who won’t be able to benefit from a conference championship to boost their resume. On the flip side however, if they win out, they won’t have to fear the dangers of a conference championship ruining their playoff hopes.

Looking at the one-loss teams from the other Power 5 conferences, the narrative for them is obviously to win out. A loss more than likely cuts their playoff dreams short. The Big Ten has Ohio State and Michigan left, and they both play each other at the end of the year. If the winner of that game wins out and wins their conference title game, they should be in (note that Iowa has one loss as well, and they may be looking to carry the role of the spoiler more than playoff contention). The Pac-12’s hopes rely on one team: Washington State. They have a road game against Stanford and then host Washington to end the year. If they win out and win their conference title game, they will give playoff voters something to seriously consider. The Big 12 has three potential playoff teams in Texas, Oklahoma, and West Virginia, each of which have one loss. Texas has a win over Oklahoma, so they have the edge there. West Virginia has a bad loss against Iowa State, but still has Oklahoma and Texas on their schedule, so wins over both could prove worthy of playoff consideration.

The SEC is shaping out to be a little tough and will likely result in the most potential chaos that ultimately sets the tone for the playoff picture. Alabama is the lone undefeated team, but then there is a plethora of teams that all have their eyes set on the playoffs. LSU still must face Alabama, but if they win there and the conference championship, they should be in. Florida, Georgia, and Kentucky all have one loss as well, while Georgia must play both of them. Each of them stands at 6-1 with one conference loss atop of the East division in the SEC, so the winner of the trio will likely face either Alabama or LSU for the SEC title and a chance for the playoffs. Lastly, Texas A&M is currently ranked #16 in the nation, with a very slim chance to make the playoffs, but I’ll address their road here in a minute.

Finally, let’s look at a few wildcards. We talked about three undefeated teams already, but there are two other undefeated teams eagerly waiting for their opportunity in the playoffs. UCF, or popularly donned as the “Defending National Champions”, have won 20 straight games and sit ranked at #10 in the standings. They’ve only played against one Power 5 opponents this year, so their resume isn’t great. However, they are all the way up to #10, with a big game against USF at the end of the year that could dictate their chances. Both teams are undefeated and ranked (USF is ranked #21), so that game could be just enough to boost them into consideration, with UCF looking to benefit from that game the most. UCF was in a similar situation last year but wasn’t ranked nearly this high as they were last year, so worst case scenario, if they win out and don’t make the playoffs, they would still make it to another BCS Bowl game. They will need some help from other teams, but even if they do win out, they still aren’t guaranteed a position in the playoffs. Also, as mentioned before, the Aggies have a slim chance to make it. If LSU defeats Alabama, and the Aggies win out, including a win over LSU, they would make it to the conference championship, where they would potentially play a one-loss Georgia, Kentucky, or Florida. Even with a conference win, those two losses may deem too much to overcome and make it to the playoffs but could shake up the big picture. 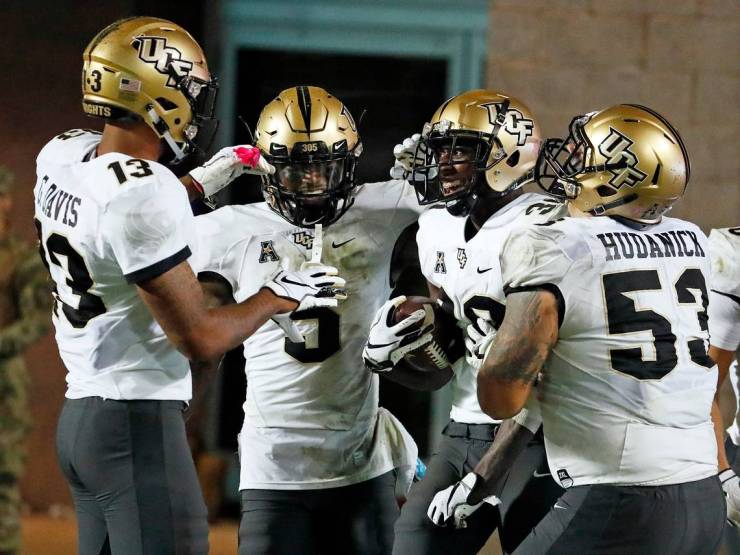 So, let’s look at some possible outcomes. There’s a lot of crazy things that could happen that could make the playoff picture more interesting, but before we look at some of those, let’s jump into the boring, more likely playoff scenario. If Alabama, Clemson, and Notre Dame all win out, with Alabama and Clemson winning their conference championship game as well, those three teams are a lock. That leaves one spot up for grabs. The SEC won’t be able to send two teams if Alabama wins out, and neither will the ACC. That likely leaves a champion from one of the other three Power 5 Conferences to fight for that last spot. Michigan is ranked #5 currently, so if they win out, which would include a win against Penn State and a road victory over Ohio State, they would most likely seal that last spot. Texas and Oklahoma would likely need a Michigan loss for one of them to get in, and Washington State would need some help elsewhere for them to sneak in.

For some more bizarre scenarios to happen, some of the top teams need to lose and make things interesting, with most of it revolving around the SEC. The big one is LSU needs to beat Alabama. That would put each of them at one loss, with Alabama not going to the conference championship. Could they go the playoffs again without even playing in their conference championship? If the Texas A&M scenario happens too, where LSU beats Alabama and the Aggies beat the Tigers, that eliminates LSU. If Georgia wins out, that will leave them with one loss and eliminate both Kentucky and Florida. If the Aggies defeat the Bulldogs, then that would put Texas A&M into consideration with two losses, eliminating the Bulldogs from the playoffs and potentially ruining Bama’s chances as well. Or, Bama could also sneak in with A&M, where a two-loss team and a team that didn’t even play in the conference championship go to the playoffs. 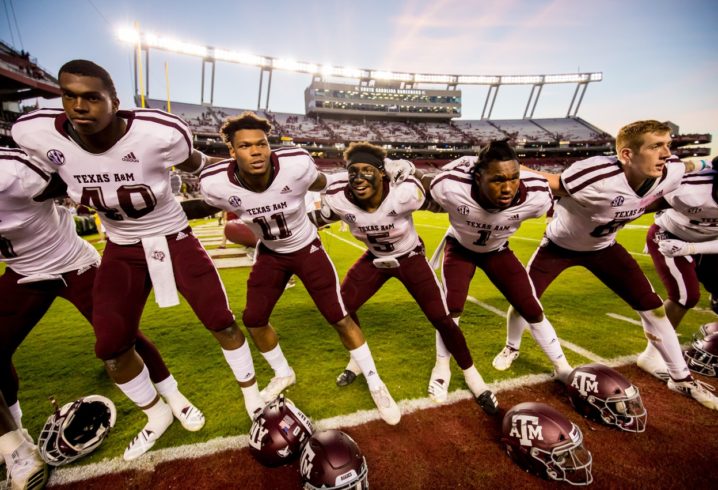 Jumping to the Big ten, I mentioned Iowa potentially playing to role of spoilers. If they win out and defeat a one-loss Ohio State or Michigan, they could sneak in as well. Or, if a two-loss team representing the Big Ten West wins the conference championship, that would likely eliminate the Big Ten completely from sending a team to the playoffs.

With the other three Power 5 conferences, to make things bizarre, Washington State would have to lose any game, leaving the Pac-12 void of any one-loss or better teams. If West Virginia beats both Texas and Oklahoma, and then loses in the conference championship (or any other regular season game), that would leave the Big-12 without any one-loss or better teams. The ACC will be weird, for Clemson is the only team likely to represent the conference in the playoffs. If they lose one game, they may still make it, but will hurt their chances. Two losses in their remaining games eliminates the conference all together.

If, for whatever reason, all this chaos does manage a way to make itself to our reality, that would create some open slots for teams like an undefeated UCF or even a two-loss team. Will chaos happen this year? Likely not. But it’s fun to investigate potential scenarios like that, especially if one of your teams are still in the hunt for the playoffs. Don’t count out your team just yet!

Check out our shop for one-of-a-kind sports and pop culture merch!