Check out our shop for exclusive NBA gear!

Earlier this week, we posted a poll on our Twitter asking who would be the most likely to score 100 points in an NBA game for the first time since Wilt?

Which current NBA player is the most likely to score 100 in a game?

The results were relatively one-sided, but I have some thoughts on who has the best chances and why, as well as why a certain someone was left out of the poll.

Curry was the winner of our poll, as well as one of my top two choices for pulling off this feat. After scoring 51 in three quarters the other night (!!!), I feel it’s entirely possible to see him do it as long as Kerr leaves him in, his teammates keep feeding him, and guys like KD and Klay are fine with not getting the ball much that night. Curry shoots the three at a high clip, averaging a little over 12 attempts per game so far this season and making more than half of them. However, the team situation is the somewhat unlikely aspect to this choice. 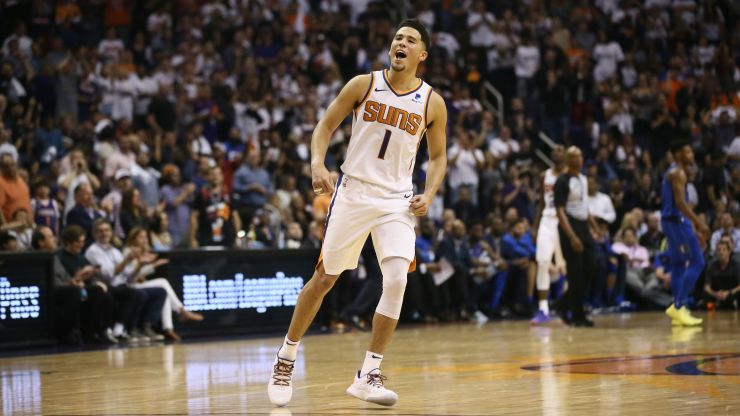 Alright, I know we left this guy off the poll (sorry, Jordan). He’s already had a 70-point night in his career, so he seems very likely to add another 30 to it. The problem is that I don’t really think he has the team around him to get him the ball in places to shoot it that much. Yet. Ayton is a big piece of that puzzle, providing a serious threat inside to possibly distract defenses. Booker is my other top choice to score 100 in a game. 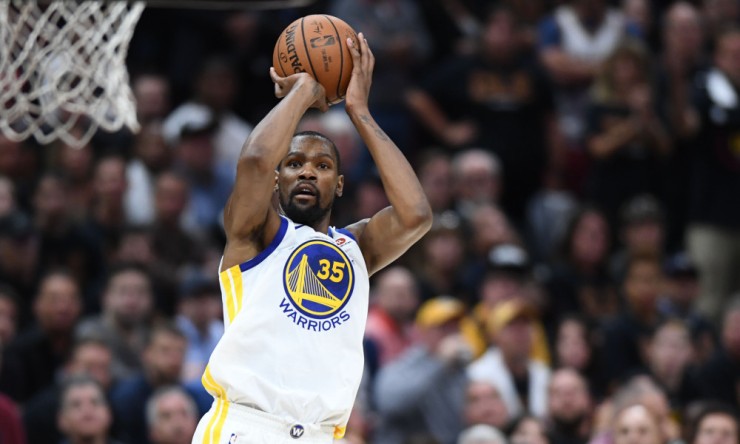 KD posesses a really unique skillset, being one of the best shooters, ball handlers, and drivers at his size. Being able to score a number of different ways, from range as well as mid-range and paint points, is something that makes him even more dangerous. The problem, like what I mentioned with Curry, is the All-Star team he plays on every night. It’ll have to be a new level of unselfishness from his teammates, or an injury/ejection-filled outing for KD to pull this off.

Harden is similar to Durant in the way that they’re both very dangerous from just about anywhere on the foor. Harden is notorious for getting to the line by any means necesary, so he could have a great opportunity to get a lot of these points with the clock stopped, giving himself more time to get them conventionally.

I actually don’t believe James could do this. He’s in the tail end of his career, he’s now surrounded by a plethera of young talent, and he’s stated that he wants to play off the ball more in this stage of his playing years. As much as I believe LeBron is the best player on the planet, 100 is something that just won’t happen for the King.

Regardless of who can achieve this feat, it’ll be extremely impressive to see. It’ll be even better to have actual video of it happening for once, too!